Based in South Manchester, Urbanise is a principal contractor and full-service partner founded in 2007 to provide tailored, turnkey solutions for clients. Since then, it has built a formidable body of work across the North of England. 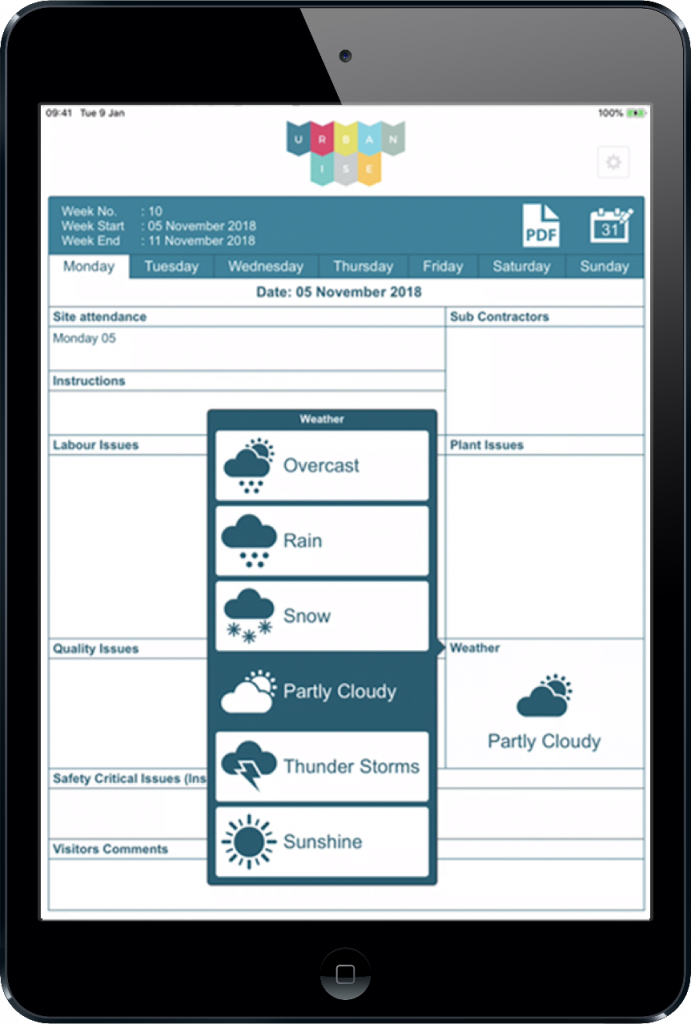 Keeping track of movements on a construction site was a challenge for Urbanise, as they relied on paper forms to capture the data. That’s when they contacted Lesterius UK.

The Path to Success

During initial scoping workshop, Urbanise expressed their desire for an app that would allow contractors at the various construction sites to do the following:

Sign in and out onsite
Take first-time visitors of the site through a Health and Safety induction
Allow the site manager to fill in the daily diary
Simplicity and the ability to export the information was important to Urbanise.

Lesterius suggested to develop an iPad App running on FileMaker Go, which would be able to work offline.

At the same time, Lesterius would build a hosted FileMaker Server database solution to synchronise the data that is captured in the daily Sign-in/Sign-out logs, the daily Project Manager’s reports and site manager’s diary entries as well as the Weekly Inspection reports.

A backup of all data entries would be created on the server, and data between the app and the server would be synchronised every time the app was open and there was an internet connection.

The first phase of the project involved a basic, low-cost solution for the purpose of allowing Urbanise to test the app on-site for a few weeks to make sure it would suit their needs.

Later phases involved the addition of more complex features and completing the design for the app.

Since the new app went live, Urbanise could benefit from the following:

Urbanise are thrilled with the outcomes and are already looking to improve their new app by adding more functionality to it.

Let’s get the conversation started